Today I am thankful for Legos.

Seriously, is there any toy or creative outlet that even begins to compete with the awesomeness of Legos?  Nope!  By far and away the best toy-ish things ever!

Gavin has been saving up a chunk of cash for a while and finally had enough to get the big thing he really wanted, the Lego Minecraft Village!  The 1,600 piece behemoth showed up today and he’s feverishly putting it together… 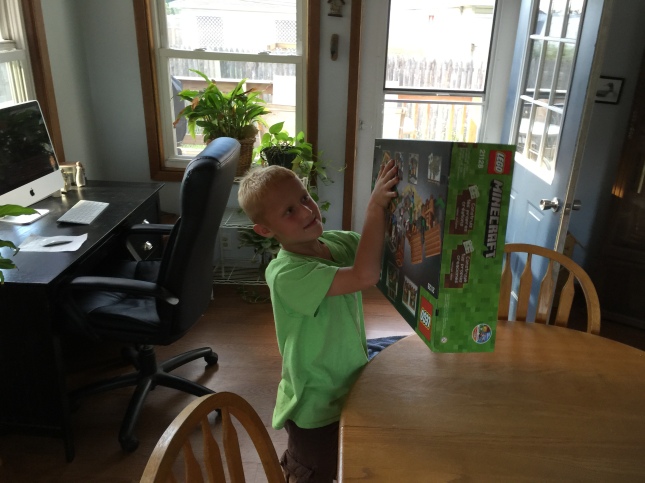 There are few things that can both calm the savage beast and evoke so many smiles as Legos.  There’s the calming side of building something by following the directions and a smile once it is completed.  Another smile when it’s torn apart and rebuilt into a new crazy creation built purely from imagination  (why am I envisioning Benny the 1980’s something spaceman screaming “SPACESHIP!!!”).  Along with yoga, Legos are one of the few times that Gavin and I (& Dominic) can get completely lost in the moment and pay absolutely zero attention to the world around us.

It’s kind of funny, I went back through some old pics and found other ones from back in the day.  If I really combed through I’m pretty sure there’s a ton of pictures that involve Legos and either looks of extreme focus or pure ecstasy. 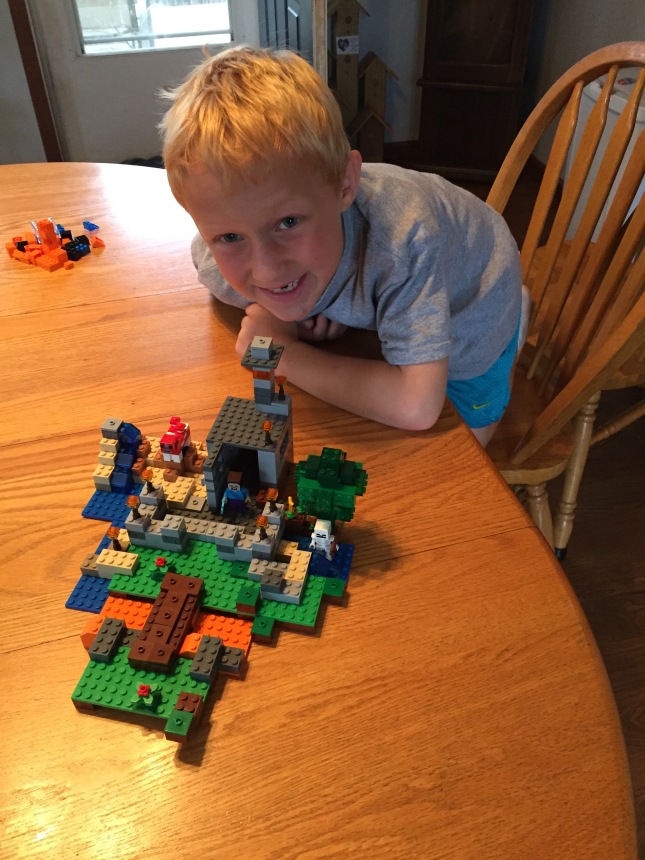 Thanks for creating such an awesome thing for us Ole Kirk Christiansen, you are my hero!!!  I can’t imagine leaving a legacy of so many millions of smiles.

Posted by Thankful4Forty on August 25, 2016 in Uncategorized